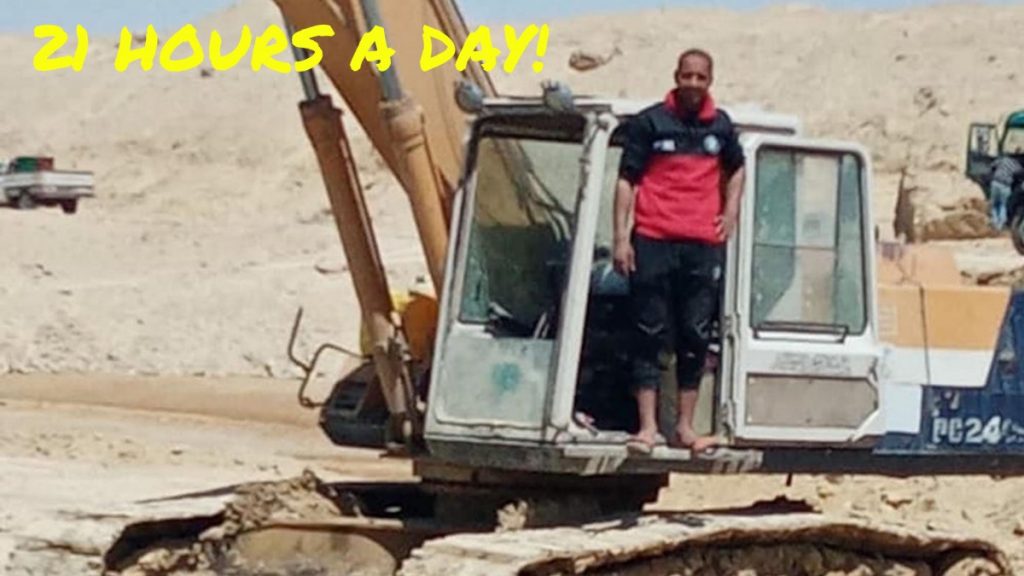 When Excavator Operator Abdullah Abdul Gawad learned that there was an emergency at the Suez Canal, he thought it meant he would have no work that day. He soon found out he was very wrong! In the five days and nights ahead he worked 20+ hours a day to help free the stuck container ship Evergiven.

Soon after the container ship, which is the size of the Empire State building, got stuck on the banks of the canal back on March 23rd Abdul-Gawad’s boss placed an urgent call asking for him to come to work immediately. He was the nearest excavator driver the company had. He began work right away, facing a situation that he has described as “quite something” and “awe inspiring”.

Dislodging and freeing the stuck container ship was an international effort, with tugboats, dredges, winches, and more attempting to get the job done. Abdul-Gawad had a front row seat as the man at the helm of the famed excavator you’ve seen in pics.

He estimates that the ship’s bow was 20 feet higher than where it needed to be to float, and with the stern stuck at the other side of the canal the men and women attempting to free the ship faced a daunting task.

To approach the base of the vessel, he built a makeshift “bridge” from rubble he dug up, allowing him to get closer.

The image of the little excavator gave the world unparalleled meme fodder, but for Abdul-Gawad the situation was far less funny — it was dangerous.

Under the looming sides of the ship, he feared destabilizing the ship and having it topple onto him. “The thing is, I was terrified that the ship might list too far to one side or the other,” he said. “Because if it fell onto its side on me, then it’s goodbye me, and goodbye excavator.”

Driving the excavator in his flip flops, Abdul-Gawad undertook hours of digging.

This would be followed by half-hour bursts of the tugboats making an attempt to pull the vessel, when Abdul-Gawad and his machine would get a walkie-talkie signal to retreat.

At most Abdul-Gawad got 3 hours of sleep and one night only 1 hour of sleep.

Finally on March 29th, aided by spring tides, the ship floated free. Abdul-Gawad and his fellow ship-rescuers were exhausted, but elated. Abdul-Gawad has not received much recognition for his efforts, other than thousands of memes featuring his excavator, he also has not received his overtime check. The memes annoyed Abdullah Abdul Gawad, but they also motivated him to help get this massive job done, and for his part in that he deserves recognition! 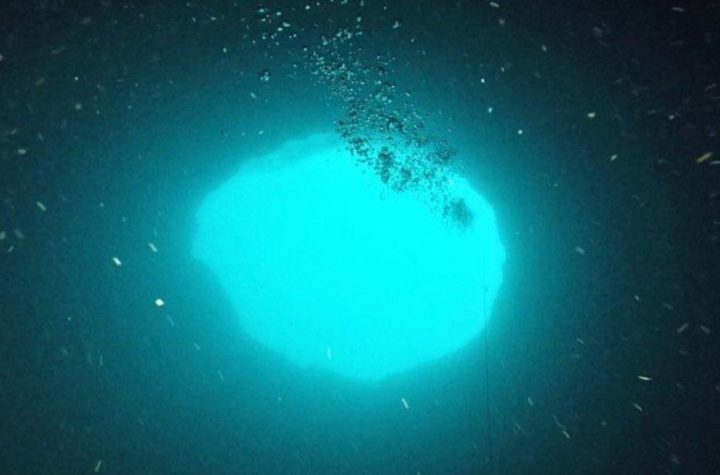