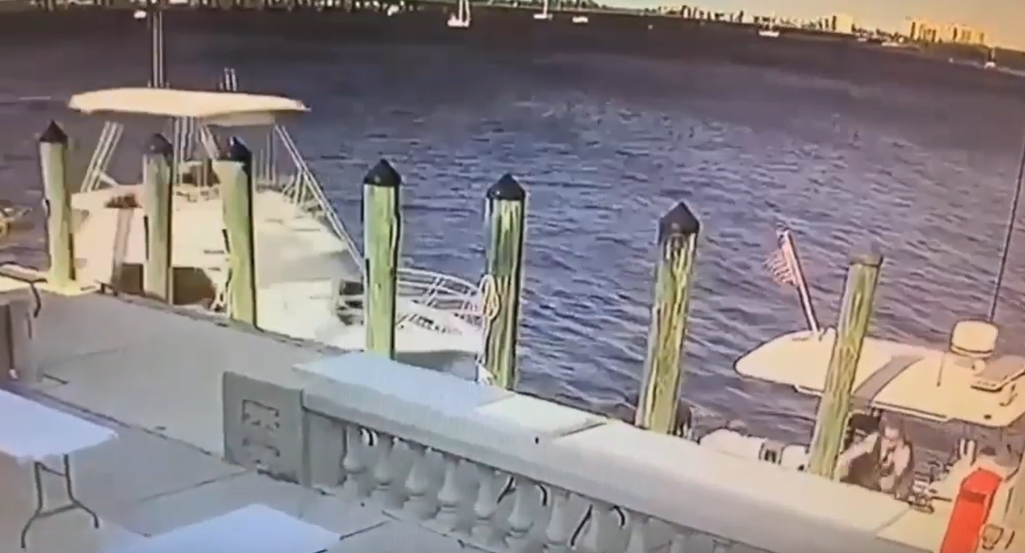 A Fort Myers Police Officer was forced to leap off his Fort Myers police boat before a Sportfish crashed into it.

Thankfully no one was injured in the crash, which was captured on surveillance cameras.

Fort Myers PD Marine Officer Curr had to make a quick jump onto the dock when a sportfish boat suddenly accelerated while it was docking, sending it crashing into the rear of the officer’s Patrol Boat. The collision damaged the engines on the patrol boat. The other boat’s driver was investigated and cited.

See the surveillance video below:

Have you seen this recent crash? An HCB 42 that was brand new hit the jetty at Dania Beach at full speed!