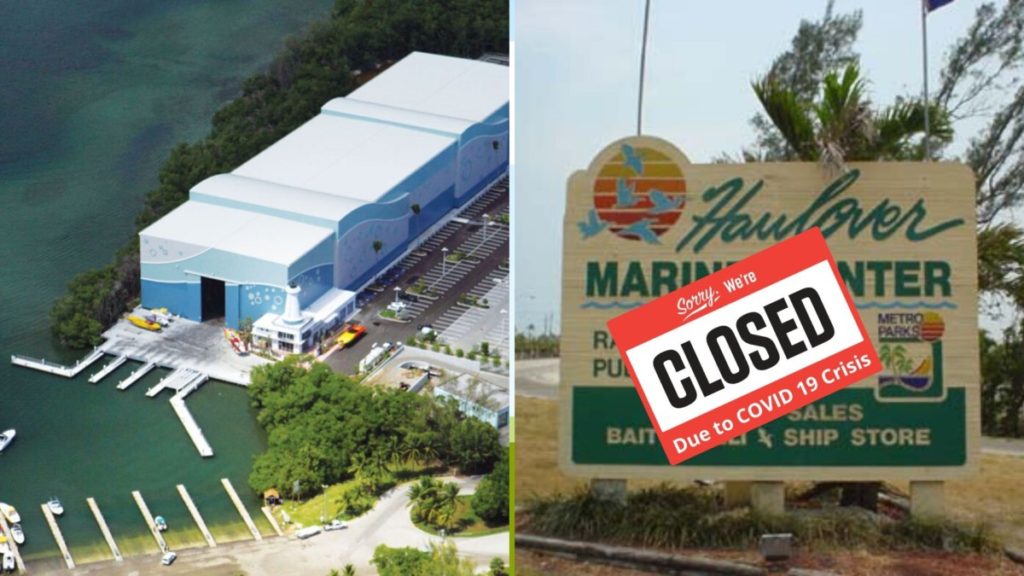 In response to the recent restrictions placed on recreational boaters and fisherman by Miami-Dade Mayor Carlos Gimenez , those affected have turned to petitions in hopes of having the rules changed to allow fishing and cruising the waters around Miami. A petition to reopen boat ramps and marinas has been signed by thousands and tonight we heard from the man who started it.

Claiming there were many images and videos of people partying on the water and not practicing social distancing, Miami-Dade Mayor Carlos Gimenez ordered the shutdown of all boat ramps and marinas in Miami Dade county.

All boat ramps in Miami-Dade County parks have been shut down. This of course means Haulover Marine Center and Haulover Boat Ramp Closed until further notice. Every marina in the county is closed to pleasure boaters, the only allowed boating is commercial fishermen who provide food for restaurants and markets.

Critics argue that boating is a safe activity that can be done while practicing social distancing. They complain that Golf Courses and churches are gathering, but going out on their boats to fish or relax isn’t allowed. The Miami Herald recently wrote an article highlighting what they call a class divide. That those who trailer their boats or keep them at a marina are being singled out, leaving those with private docks to have the water to themselves. They feel that many are being punished by the actions of a few sandbar partiers.

From the Miami Herald:

But missing from the pleasure boating and fishing scene were “ordinary anglers,” as James M. Ford of Homestead describes himself.

Also left out were the island transplants and the blue-collar guys for whom living the American dream means gettingout on the occasional weekend the 14-footer with a canvas canopy to shelter from the hot sun.

“It may just be trifling, that’s up to you to decide, but it is irksome to me that while the public ramps, and marinas are closed to those of us who trailer boats, there seem to be no restrictions on boating from private docks and ramps,” Ford said.

“As it is, the measures taken so far have had the effect of turning a beautiful public natural treasure into a private playground for the wealthy and their friends,” he added. “Someone needs to explain why this is not class warfare.“

His concern — echoed by thousands of grounded boaters on social media and those who’ve signed a change.org petition — isn’t trivial at all.

We were recently contacted by the man who started that petition, Anthony Pacetti. He says he started the petition 3 days ago to help convince the Mayor to reconsider the Marina and boat ramp shutdown. He says he is a customer at Haulover Marine Center and can’t access his boat.

“South Florida is the boating capital of the country and possibly the world. Everyone has been quarantined for about a month and many of us work hard to own and maintain a boat. We want to enjoy that privilege and be able to escape the confines of our homes while respecting the requirements of social distancing. I understand the immediate necessary evil of a complete shutdown until we had a handle on the spread and understood the virus more, but it’s time to re-evaluate that shutdown and come to an agreement a or how to safely manage local boating for all to enjoy. In addition, because we are such a large boating community many of our locals rely on recreational boaters to feed their family by means of boat maintenance, trailer maintenance, electronic installs, etc. Those guys are now unemployed until boating opens back up again. Let’s put our heads together and come to a consensus on how we can safely manage this. “

Check out the petition for yourself

Check out the petition to reopen boat ramps and marinas in South Florida for yourself here: https://www.change.org/p/carlos-a-gimenez-open-south-florida-boat-ramps

While you wait for the ramps to reopen enjoy some boat ramp humor!