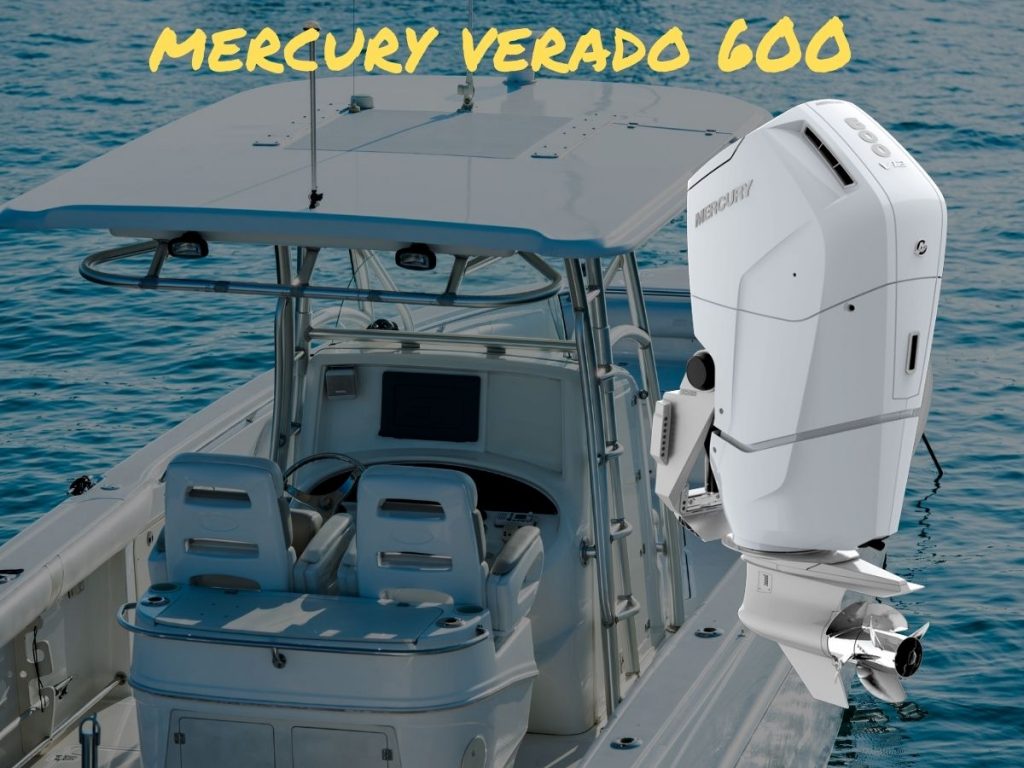 The Mercury Verado 600 outboard is an outboard by definition, but only because it bolts to a boat’s transom. In the past decade, outboards have grown ever more powerful, but the basic design has not really evolved much. Seven Marine tried with their Corvette powered mega outboards, but Volvo Penta discontinued Seven Marine last year. The Verado 600 brings together new ideas that bring the outboard powerplant forward.

The planned specifications are impressive, 600 horsepower from a V12 driving contra rotating props. A 2 speed automatic transmission provides gear ratios for hole shot and cruising. The gearcase is steerable, while the powerhead is stationary. The unique cowl allows for easy maintenance. The motor is extremely quiet, the power, technology, and packaging (and the price) put this outboard on par with the high dollar center consoles its likely to be mounted to. The MSRP is expected to be just under $80,000.

The Verado 600 shares its basic architecture, a 64-degree cylinder angle, double overhead camshafts and four valves per cylinder, with the Mercury 4.6-liter V8 engines introduced in 2018. “The bore and stroke is larger than the V8,” said Reid, “and the V12 powerhead is just a little wider. The V12 configuration allows us to have the desired displacement and still maintain 27-inch center-to-center spacing for multiple engines on the transom, which was one of our key design targets.”

The transmission is managed by the engine controller, based on the torque demand. With multiple outboards, each engine will shift individually. “There’s no master control for shifting multiple engines at once, and that’s by design,” said Reid. “If four engines shifted at precisely the same moment you’d feel it in the boat, but by staggering the shifts by fractions of a second, it’s a smooth transition. Unless you are looking at the tachometers you won’t notice the shift.”

The engine will downshift in some situations, such as accelerating smartly from a slow cruise speed, just as an automobile will shift when you accelerate to pass. There is no manual shifting function except for selection of forward-neutral-reverse.

The props for the Verado 600 were developed by a team led by Roger Koepsel, master engineer with more than 50 years at Mercury Propellers. To maximize blade area, contra-rotating propellers feature four blades on the forward prop and three on the aft prop.

Only the gearcase pivots to steer the boat. The powerhead is always stationary. This eliminates boat-mounted steering, allows multiple engines to be mounted close together, and permits greater range of steering.

The premise of the Verado 600 is to reduce the number of engines on the transom; three Verado 600 motors could replace four Verado 400 outboards and deliver more power with less drag in the water.