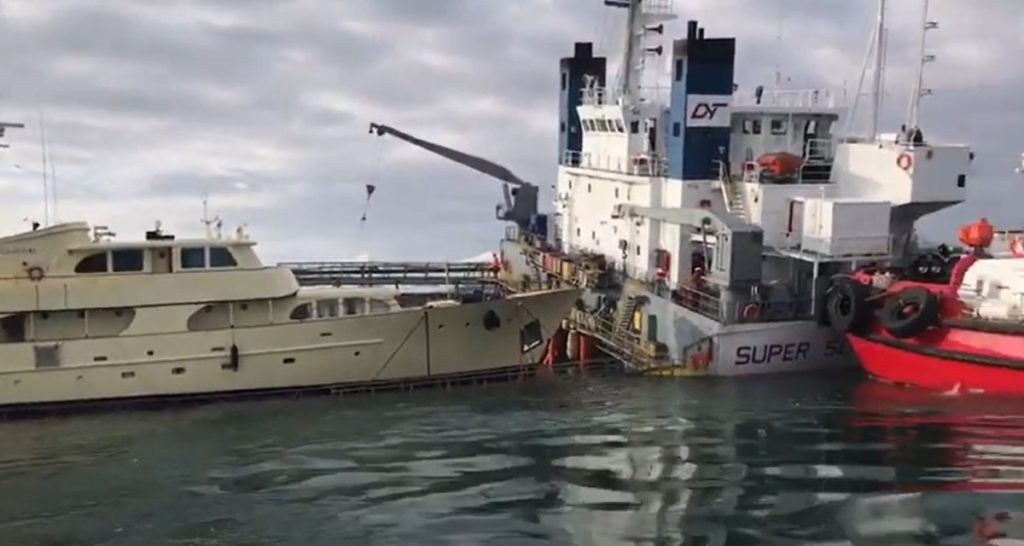 The electrical system of the boat that regulates the ballast has reportedly malfunctioned causing the ship to list. The ropes holding the ship up were being stressed so a tug was brought in to prop up the ship while assessments were done.

A Statement was released by the Yacht Transport Ship operator, DYT, “There have been no injuries or marine pollution and all steps are being taken to recover the situation as quickly as possible. All precautionary matters have been taken to ensure the crew, the vessel, the yachts she is carrying and the environment are safe.” “We sincerely regret this situation and are working hard to resolve the present state of affairs,” DYT’s statement concludes.

The yacht transport company added that they have yet to assess what damage the ship and its cargo may have sustained.

Here is the Super Servant ship in normal conditions. This is great aerial footage of the ship at work!

A Yacht Transport Ship accident is odd because its supposed to sink right?