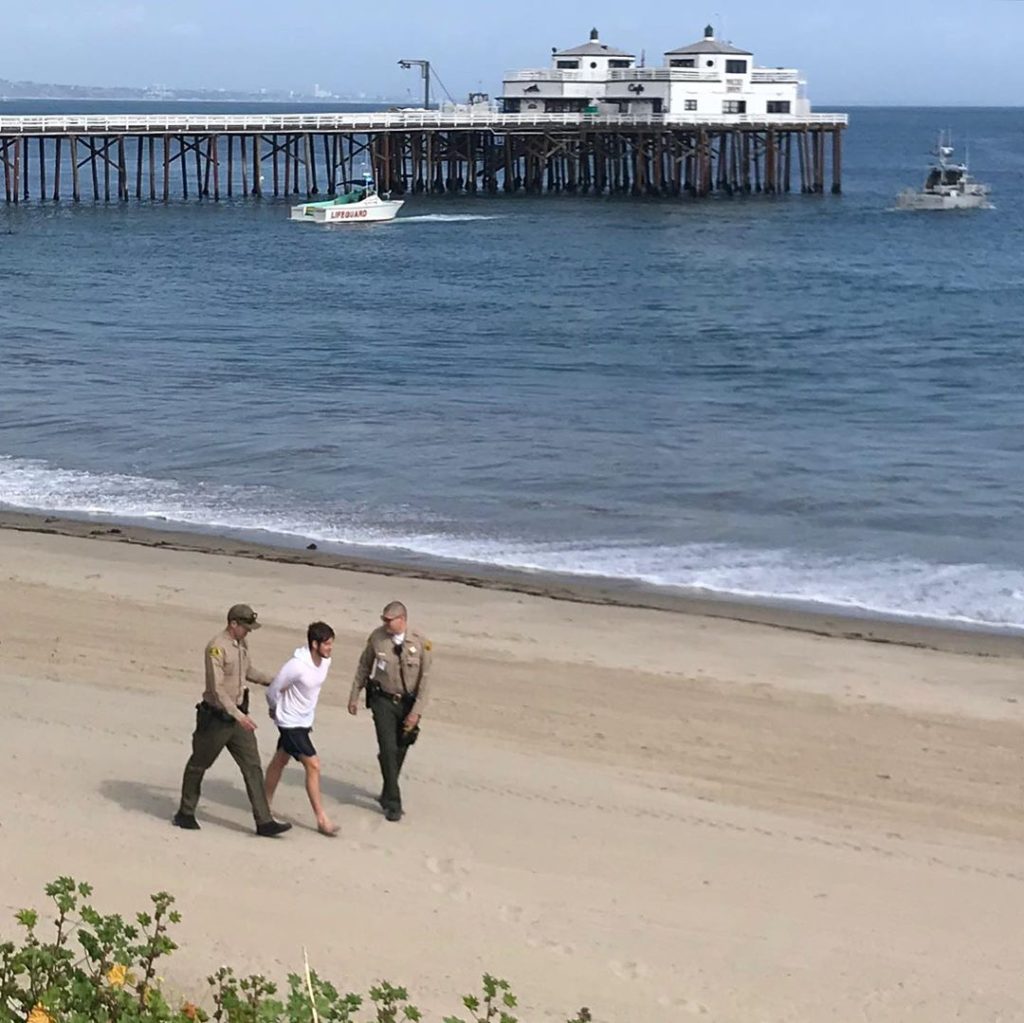 The lifeguards flagged down some sheriff’s deputies for assistance, but the man decided he was staying in the water alongside the Malibu Pier.

Deputies summoned their patrol boat from Marina Del Rey, and the man swam to shore once it arrived, officials said. The patrol boat looks like its part of a Coast Guard Fleet! Nothing like the center consoles here in Miami.

He was subsequently arrested on suspicion of disobeying a lifeguard and violating the California Governor’s stay at home order, a misdemeanor.

Officials did not release any identifying information on the man. He could face a $1,000 fine, up to six months in jail, or both.

So far, the state order has not been heavily enforced. The heavy response to this “danger” means either police are bored or they’re ramping up the response.

According to the Los Angeles Times, a surfer in Manhattan Beach was fined $1,000, not arrested, last weekend after also ignoring orders to get out of the ocean.

Kim Prather, who works at the Scripps Institution of Oceanography, told the Los Angeles Times that the beach could be one of the most dangerous places in California amid the outbreak. She said she fears the virus is being washed into the ocean and transferred back into the air along the coast.

“I wouldn’t go in the water if you paid me $1 million right now,” she told the newspaper.