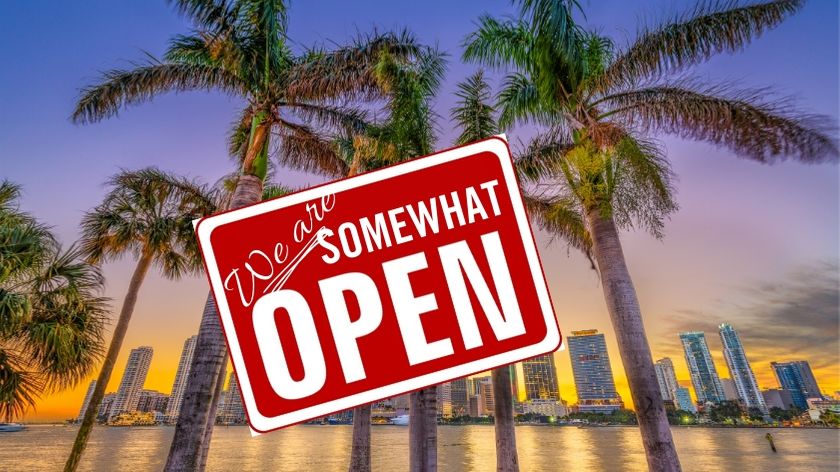 We get messages or phone calls every day right now where we’re being asked…when will Miami boat ramps reopen…when will Haulover Park reopen…and when will the beach reopen! Tonight we have some answers…sort of.

Timeout Miami is reporting that Miami Dade Mayor Carlos Gimenez is planning to reopen marinas, parks, and golf courses as part of the 1st phase of a 3 phase plan to reopen the community.

On Monday afternoon Mayor Carlos Gimenez and his taskforce hosted a virtual town hall. During this meeting they shared they shared a proposed 3 phase plan for reopening the county’s parks, marinas and golf courses. While an exact date has not been announced, the 1st phase begins with limited access to these areas. Beaches will not be reopening anytime soon according to reports.

Public parks will open from sunrise to sunset. The county’s public parks will open for passive activities, meaning walking, jogging and nature strolls. The use of tennis, basketball and racketball courts will be allowed but only for single-player games and for no more than three people per half-court basketball game. Everyone must bring their own ball and the use of face masks is still encouraged.

You will have access to a bathroom. Restroom facilities inside parks will also reopen and extra measures will be taken to ensure they’re kept clean and sanitized.

Activities should be limited to one to two hours. Seniors will also get priority several times a week across select city parks.

Miami attractions with open spaces will also reopen. The grounds at Deering Estate and Fruit and Spice Park are among the parks that will reopen.

Now for the important stuff…boat ramps

Miami boat ramps reopen soon! Boating will be allowed from public marinas. Boat ramps will open daily from 6am to 8pm and one boat per launch area is allowed at a time. Anchoring is once again allowed but boats must remain 50-feet apart. Rafting up or tying up together is not permitted and no more than 10 people are allowed on a boat at once. Boats that are 25 feet or less can only have four adults; boats 25 to 36 feet may accommodate six adults; while boats 37 feet or larger can have up to eight adults and two children on board.

Kayaking, canoeing and paddle-boarding are allowed. Solo riders can drop their nonmotorized vessels at a public spot and hit the open waters.

Jetskiing is permitted. Single jetskiers only.

Public golf courses will reopen. Per the PGA and the U.S.A. Golf Association, golfing is permitted to resume on public courses. Players won’t have caddies and must ride individually in their own golf cart even if they’re a married couple that lives together. Concessions will resume but food and drinks will be served from a safe distance by masked attendees. Plus, pins won’t be taken out and courses won’t be raked to prevent cross-contamination.

According to the mayor, there will be zero-tolerance for violators. Individuals who don’t follow the rules will be fined up to $500 and/or subject to arrest.